The browser you are using no longer meets current requirements. Some functions of the website are therefore not available to you. In order to be able to use the site completely, please use an alternative browser.
Best Western Premier Hotel Victoria

Our environmental protection activities will only be effective if they are actively supported by all of our employees. This is why we define all objectives for the quality improvement and the protection of the environment and the responsibilities in our annual objective planning which is developed together with all of our employees and executives. Those objectives are checked in regular meetings and new employees are trained regarding environmental protection issues. We also celebrate our successes together with our employees and organize regular company outings to environmental projects. Needless to say that all of our employees get a free-of-charge Regio-ticket by means of which they are able to use the entire network of the short-range public transportation of the region.
But apart from our activities for a better environment, the guest is always our top priority. To make the stay in Freiburg as comfortable and pleasant as possible for our guests constitutes the essence of all of our activities. Regardless of whether a stressed business man, a sportive and active holidaymaker, people interested in culture or bikers looking for recuperation from the bend – we offer the suitable comfort for every reason of the trip and the courteous, personal service desired by our guests. We just add something on top – a good conscience towards the environment.

We are proud to present our own BEST WESTERN PREMIER Hotel Victoria song, recorded at Musiclab Emmendingen in January 2014.

In 7 hours the entire team created a song by singing and playing guitar, drums and piano.

The Victoria hotel is built by Mr Zimmermann at the same time as the „Eisenbahnstrasse“ linking the city and the main railway station. The building on the Eisenbahnstrasse has been preserved in its original state to this day.

French officers use the hotel as an officer’s mess. 150 lunches have to be cooked every day. A second restaurant is opened on the second floor (now Room No. 104 – 109). Karl Späth is recalled from the French speaking part of Switzerland to put his language skills to good use in his parent’s hotel. In 1949/50, the hotel is restored to its original state; rooms are built on the first floor and an additional floor added. Ten extra guest rooms are now available. Next to the hotel, construction starts on the Deutsche Bank building – unfortunately, the park-like grounds housing the neighbouring villa bombed during the war disappear.

Saud, the son of the King of Saudi Arabia, considers buying the hotel. The Federal Post Office, the hotel’s neighbor on the right, is also looking to expand and buy up the property. However, after month of negotiations, Markus Späth decides not to sell.

After the death of his father, Karl Späth takes over management of the hotel. Under his guidance, the restaurant helmed by Master Chef Rudolf Treichler is awarded Freiburg’s first “Gault Millau points”. A lift is installed in the hotel – very modern for those times.

The side wing of the hotel is demolished and today’s section 2 added. After one and a half years of building work, 32 modern new guest rooms and a sophisticated laundry are completed at a total cost of 5 million Deutschmark.

Bertram and Astrid Späth, the third generation of the Späth family, join the management. New ideas for environmental protection are developed and interesting concepts created. The second floor of the historic hotel is renovated, now all the rooms have an ensuite bathroom. In 1989 the Hotel Victoria Bar is converted into the Hemingway Cocktail Bar.

Besides converting rooms on the top floor and renovating building section 2, a solar plant is installed on the flat roof. With an output of 7.6 kW, enough power is generated to supply 16 hotel rooms, the remaining power requirements are covered by the hotel’s share in the Ettenheim wind power plant.

The hotel wins its first world-wide prize for excellence in environmental protection – the “Environmental Award”. The Späth family and departmental heads travel to London for presentation of the award.

The energy concept is rounded off – the wood pellet unit and the solar thermal system on the hotel room supply the hotel with warmth from renewable energy sources – thus the hotel is now “energy neutral”.

After test wells drilled in the hotel courtyard to explore for cool groundwater came back positive, in a first step, the historic building receives a groundwater cooled air conditioning system. The system uses 50 times less energy than a conventional system.

In record-breaking time of only three month building section 2 is converted to Passive House standard: 24 cm insulation, a new façade with ventilation elements and nesting holes for swifts. 36 rooms receive a complete makeover and are fitted with massive wood parquet flooring, a new color scheme and material concept. A small sauna and fitness area is built. New fire and safety regulations demand elaborate modifications and a new escape route concept. The construction sum is EUR 2.7 million. All rooms are now air conditioned. After insulation, all the roofs are grassed over; an energy roof garden is established complete with trick fountain, sun roof, solar attic and solar crown with wind turbines. Around 21 kW solar power and 2 kW wind power can be generated. The hotel courtyard is repaved and planted with Mediterranean cypresses.

The new rooms are so popular with guests that the historic main building is given a soft renovation with the architect’s help. Now all our guests can fall into a relaxed slumber to Brahm’s lullaby in somewhat higher and even more luxurious beds.

The Victoria is awarded as “Green Brand” and achieves the best rating (A) for a carbon footprint per night of only 8.59 kg measured by Viabono.

For their effort in environmental protection Astrid and Bertram Späth receive the Georg-Salvamoser-Award. The presentation takes place in Freiburg and is awarded with 10.000 EUR.

The Hotel Victoria celebrates a triple anniversary: 140 years Hotel Victoria, 30 years of leading through Astrid and Bertram Späth and with their son Johannes Späth, the 4th generation of the family is entering the management. In addition 30 bathrooms are completely renovated and now feature modern and functional design.

Another 20 bathrooms in the historic part of the building are being renovated. Two single rooms (No. 101 and 102) are connected and transformed into a beautiful Junior Suite. 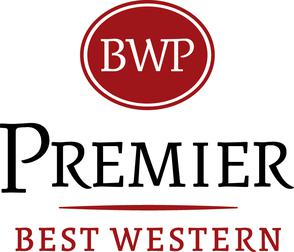